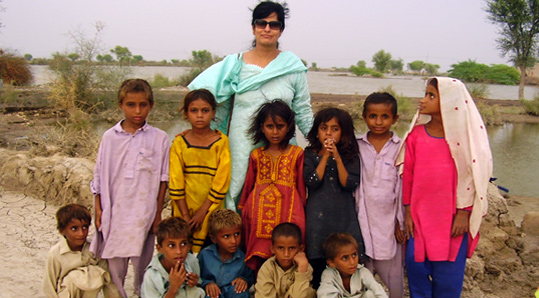 The cyclones and floods, which hit the coastal areas of interior Sind and Balochistan during June 2007, brought much misery and destruction. The scale of devastation was so vast that experts were forced to draw parallels with the earthquake. The plight of the affectees was exacerbated by the fact that most of the routes to the areas became inaccessible, making relief operations almost impossible.

Kharo Chand a village almost three hours away from Karachi was relatively unknown. It is incredible to see how life exists and people carry out a living in even the most remote areas of Pakistan without the basic necessities of life. HOPE (Health Oriented Preventive Education) however, in the midst of such gloom rose to become a ray of sunshine in the lives of people affected in such areas. Apart from Kharo Chand, with the collaboration of Indus Motors, HSBC Bank, and House of Habib, the HOPE team held relief operations in affected areas of Gadap, Dadu and Juhi also.

The HOPE team set up medical and food camps in these areas where the HOPE team of doctors from Thatta and Karachi provided free consultation to the patients. Approximately over a thousand patients were treated and provided free medicine and food in each of these areas. Where the affectees had lost their homes, the HOPE team distributed tents for the much-needed shelter against continuing monsoon rains.

Another major crisis encountered in these areas was the problem of clean water. Without access to clean water people are forced to drink stagnant and polluted water left behind by the storms. Consequently, diarrhea and gastroenteritis became rampant in children and adults alike. To counter the situation, HOPE distributed Aquatabs and Proctor and Gamble’s PUR tablets for water purification to all the patients. 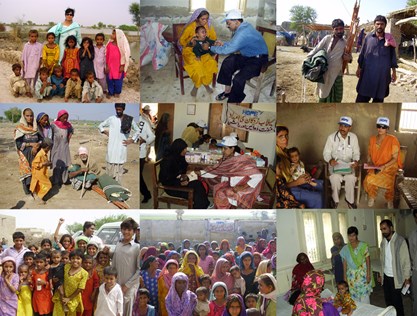