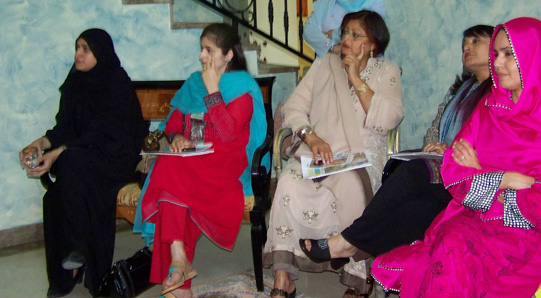 In the past few years, HOPE’s network of volunteers has grown substantially in the UAE. These volunteers have been actively involved in supporting the activities of HOPE including holding several fundraisers.

The Ladies Group has played a valuable role in supporting HOPE. The group includes Ms Iffat Malik, who has held fundraiser gatherings. Other members like Farheen Jaffery, Hoori Mehmood, Hanniya Mehmood and Mehmuda Rahman have also played important roles in promoting HOPE. Mehmuda Rahman wrote an article in the Gulf News called “Glimmer of HOPE” that highlighted the work that HOPE has been doing for the poor and needy people of Pakistan.

IFFCO has also been an ardent supporter of HOPE. Mr Farook Kassim of Al Bogari Holdings has also been involved with HOPE. In addition, Mr Anees Moterwalla from Thomsen Reuters has also worked to promote HOPE. In Abu Dhabi, Dr Naveed Anjum and a group of doctors from Tawaam Hospital have contributed to the HOPE Hospitals.

HOPE’s network of volunteers in the UAE also contributed a significant extent towards the Flood Relief campaign that HOPE carried out in response to the floods in 2010.